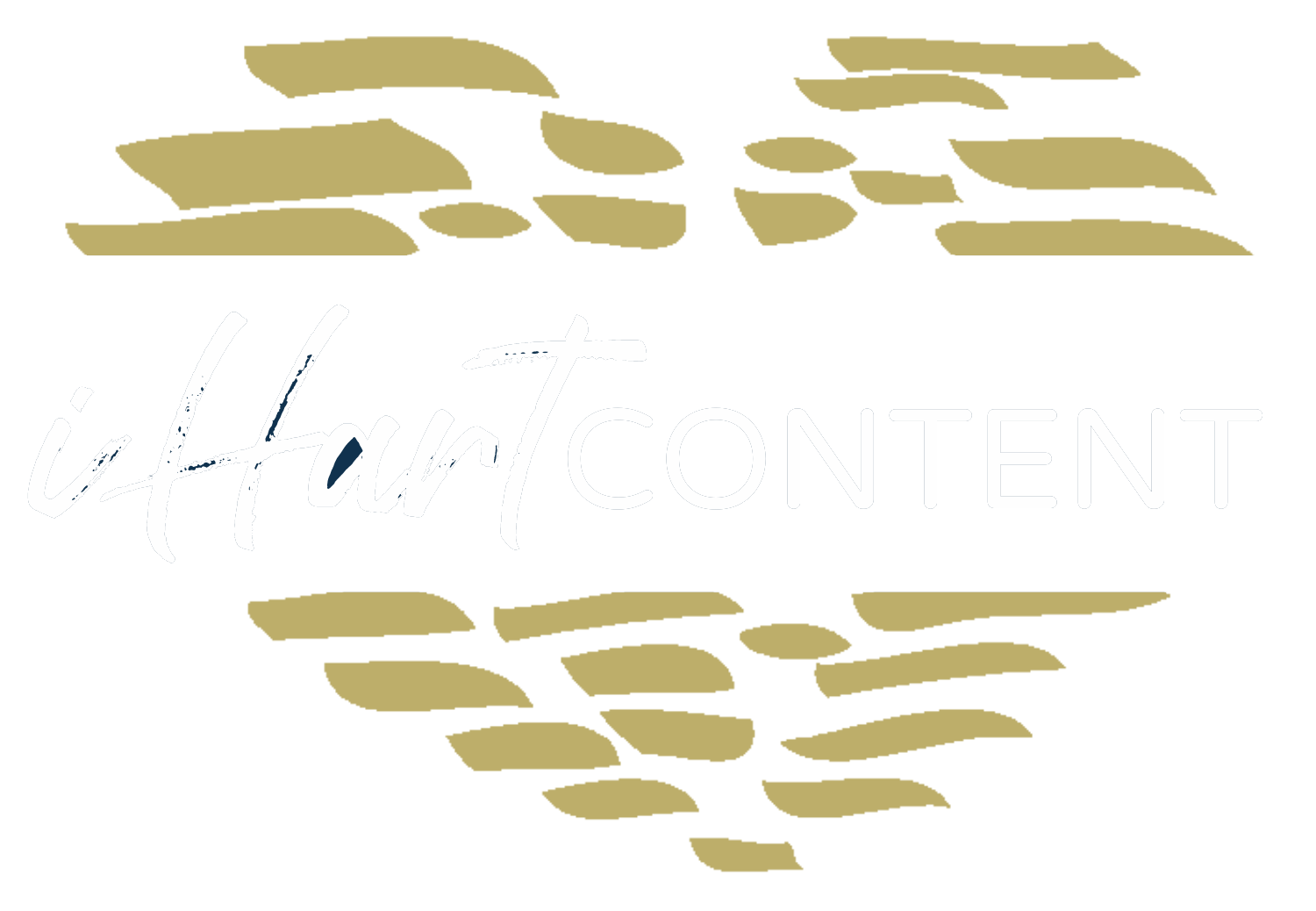 Facebook Ads Have Evolved. It’s Time to Rewrite the Rulebook. 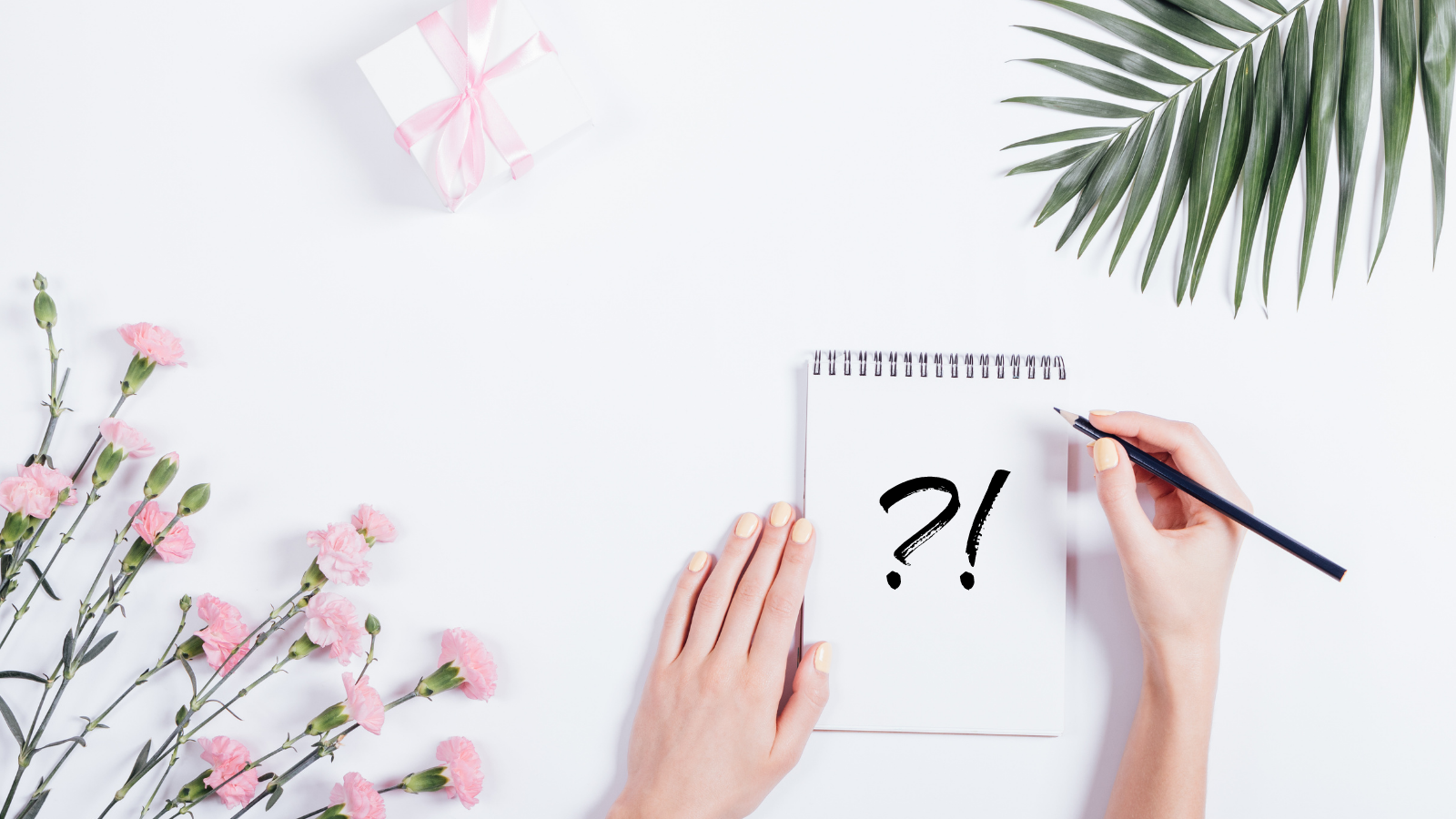 As a marketer or business owner, you know that Facebook Ads are an important part of your digital marketing strategy. Facebook ads have come a long way over the years. What began as a small experiment has turned into one of the most powerful tools in a marketer’s arsenal. But between the now infamous iOS14 update, the 2020 US election season, and growing concerns over privacy, equity, and transparency in advertising, much has changed.

Audience targeting options have become more limited, and our access to behavioral data has been greatly reduced. Many marketers are finding that the ad strategies they’ve relied on for years simply aren’t as effective as they once were.

The fact is, the Facebook ads playbook is being rewritten, and many advertisers are being left in the dust. This is especially true for small businesses and small marketing teams who may not have a massive budget to work with.

So what does the future look like for Facebook ads? Is it still a worthwhile endeavor? And how can we make the most of the features still available to us, while ensuring a solid return on investment? In this article, we’ll dive into these questions and more as we rewrite the rulebook for what successful Facebook ads campaigns look like.

The Death of Hyper-Granular Targeting and Behavioral Data

In the early days of Facebook Ads, audience targeting was simple. You could choose to target your ad based on demographic information like age, gender, location, income level, lifestyle, and a host of hyper-segmented interests. And if you wanted to get really granular, you could target users based on their online behavior. This included things like what websites they had visited, what products they had researched online, and even what pages they had liked on Facebook.

But all that has changed over the course of the past two years. In light of growing concerns over data privacy, Facebook has made some significant changes to its advertising platform, and these changes have had a major impact on how marketers are able to target their audience. For many businesses, it has completely upended their advertising strategy.

The biggest change came in the form of iOS14, which was released in 2020. This update introduced new restrictions on the use of third-party data for ad targeting. Facebook was no longer allowed to share user data with external parties like Cambridge Analytica, and users were given more control over what information was shared with advertisers.

This had a major impact on how businesses could target their audience. The days of being able to target ads based on hyper-granular behavioral data were gone. Businesses could no longer target ads at a large swathe of iPhone-owning users who had visited a specific website, researched a certain product, or liked a particular page. As such, audience targeting options became far more limited.

Prior to iOS14, Facebook had near-unprecedented access to the data of iPhone users. This allowed them to target ads very effectively, as they knew a lot about their users’ interests and preferences. However, with the release of iOS14, things have changed. Facebook now has much less access to user data, which means that they are not able to target ads as effectively. This has led to a decrease in ad revenue for Facebook and has also made it more difficult for small businesses to advertise on the platform.

There are a few key changes that have been made with iOS14 that have impacted Facebook advertising:

With over 45% of the US population using iPhones, these changes swept the rug out from under marketers everywhere. But it wasn’t the only major change in the works.

The other big change that impacted Facebook Ads was the 2020 US election season. In an effort to combat misinformation and prevent foreign interference, Facebook made a number of changes to its advertising platform.

In addition to these changes, Facebook also implemented a number of other measures to combat misinformation. They fact-checked political ads, removed false claims from their platform, and limited the distribution of fake news.

But these changes didn’t only impact political candidates. Facebook has increased its transparency requirements for other types of ads, such as those related to housing, employment, and credit.

Taking an Agile Approach to Ad Targeting: It’s Not All Doom & Gloom

While it’s true that these changes have had a significant impact on how businesses use Facebook Ads to reach their target audiences, it’s not all doom and gloom. While the changes that Facebook has made may have caused some headaches for marketers, they are ultimately for the good of the platform and its users. By giving users more control over their data and by increasing transparency around ads, Facebook is creating a better experience for everyone. And in the long run, that will benefit businesses as well.

While their execution was far from perfect, I think we can mostly agree that limiting a homebuilder’s ability to target only white, politically conservative audiences with ads for high-end housing in an effort to promote a certain neighborhood “esthetic” is probably a good thing. Along those same lines, restricting a foreign power’s ability to deliver ads to specific populations with the intention of widening the social divide is worth a little Facebook ad targeting acrobatics on the part of marketers.

We simply need to remain adaptable, agile and do our best as marketers and business owners to ensure our ads and content are reaching the right people.

So, what can you do if you’re a business that wants to advertise on Facebook but is finding the new targeting limitations to be a bit of a challenge? Here are a few tips:

All of these methods of overcoming targeting limitations are highly effective and affordable. There’s no need to pump massive amounts of money into your ad budget, and in most cases, these methods are just as effective as the retargeting campaigns of yesteryear — or at least pre-2020.

Keep Calm and Advertise On

Facebook ads aren’t dead, but they may need a little more TLC than before.

The release of iOS14 and the drama of the 2020 election season have caused a decline in Facebook ad effectiveness for many advertisers. However, this doesn’t mean that you should panic and give up on advertising on Facebook altogether. Remaining agile in how you approach advertising, getting creative in your audience targeting, and giving other ways of audience building a try will ensure that Facebook ads continue to be a lucrative marketing channel for your business for years to come.

Are you ready to put these tactics into action? Subscribe to our list for exclusive tips, tricks, and tutorials on these strategies and more!

Grab 15 minutes on our calendar for questions, troubleshooting, or to learn more about our services. 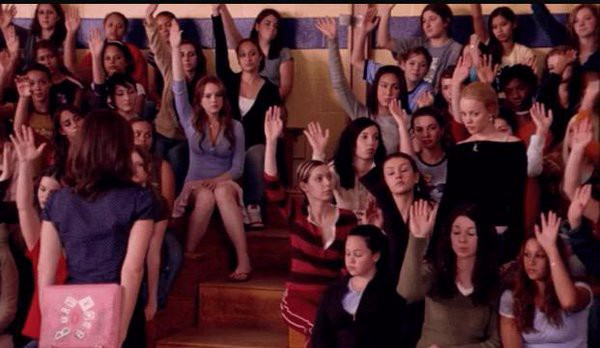 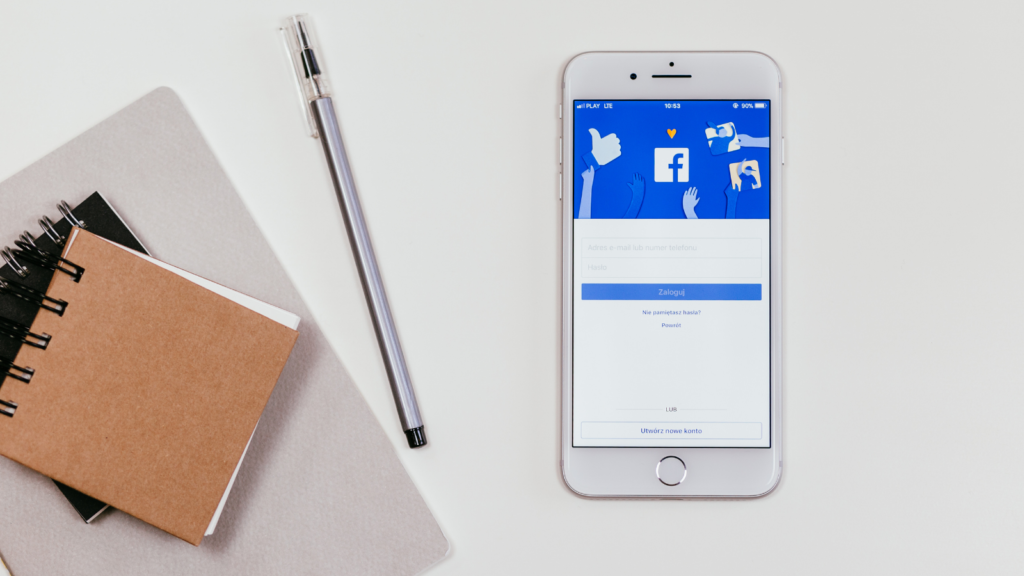 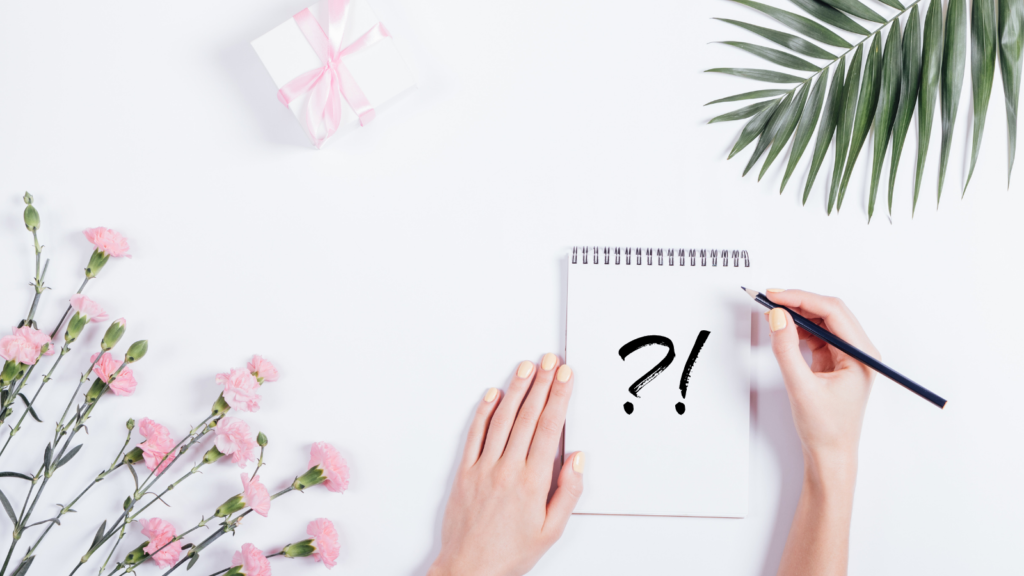 Facebook Ads Have Evolved. It’s Time to Rewrite the Rulebook.

We hate spam. We know you do, too. We promise never to share
your information. You can unsubscribe at any time. 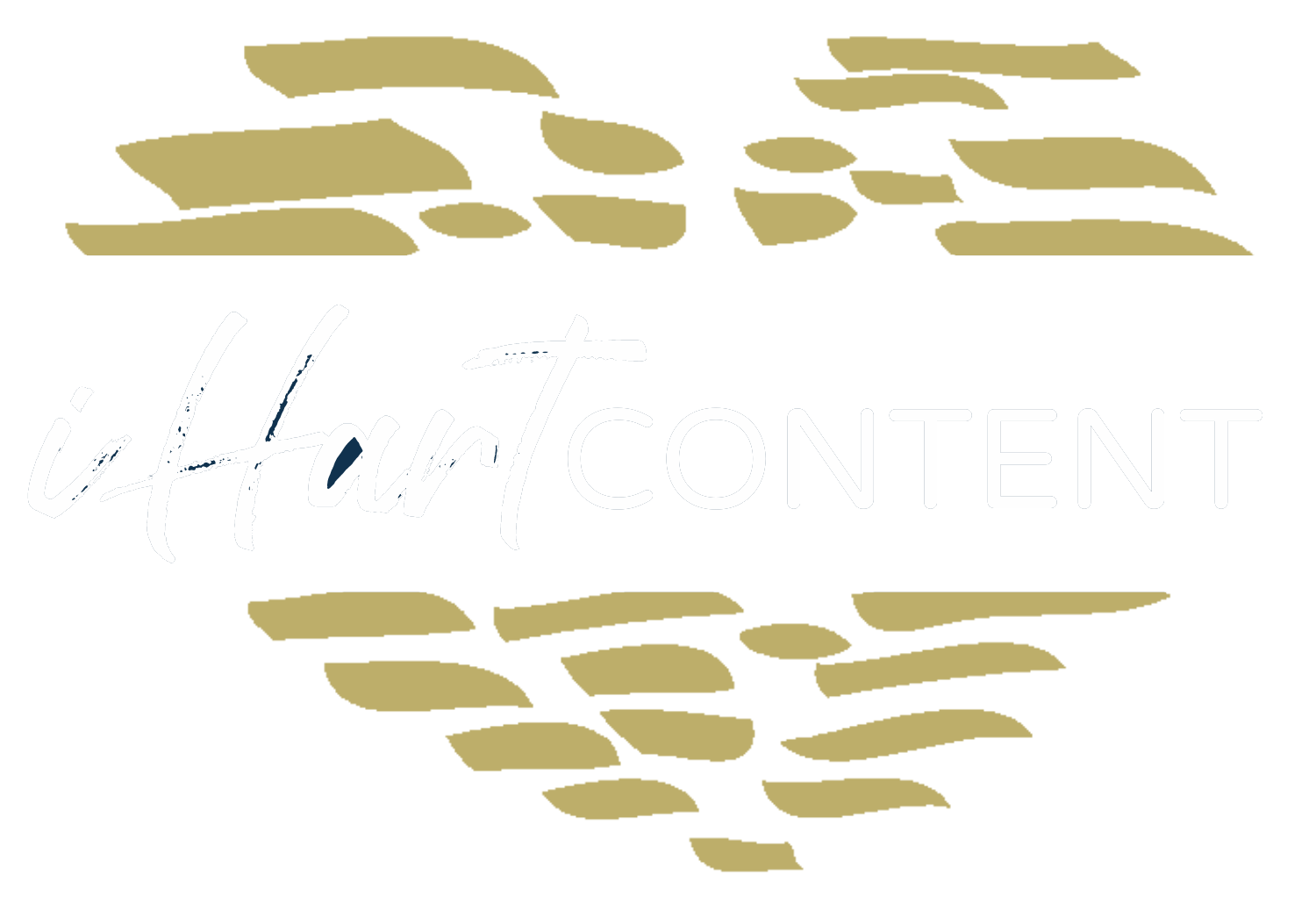 From DIY to Done-for-You, when it comes to
small business content marketing, we’re here for it.

Where to find us?